What To Do > Teachers & Mentors > Classroom Incidents 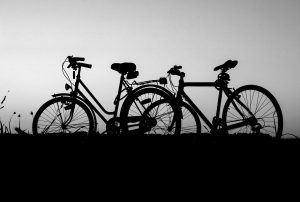 In a US History class, a student repeatedly cited from white nationalist online sources, including speeches by Richard Spencer [a prominent white nationalist]. His parents did not seem receptive to the teacher’s concerns when she met with them. The teacher revised future assessment rubrics to account for the viability and academic validity of source material, ruling out the vast majority of white nationalist publications and figures.

If a student voices a white nationalist talking point during class, you may have to decide whether the context is better suited for follow-up class discussion or an individual conversation with the student. In cases where white nationalist arguments have disrupted a classroom, it may be best to devote time to the issue in a subsequent class or to invite a member of the school staff with specialized training to visit the class. Though open discussion may not alter a student’s view, it can be an opportunity for classmates to clarify for themselves why they do not share it. In some cases, the best approach may be to pursue the issue with the student after class, or to refer the student to a member of the school administration who has experience in these types of discussions.

Some claims may be better topics for class discussion than others. For example, class members might be able to discuss the common white nationalist claim that races should have different homelands and not mix, because that claim is framed in a way that seems to grant equal status to all races, although it is actually used by American white nationalists to advocate for white rule in America and the relocation of non-whites. But the very premise of another common white nationalist claim, that people of African descent are of genetically lower intelligence, introduces an unacceptable stigmatizing element in a classroom setting.

In any discussion, it’s best to keep the tone calm. There is no guarantee that even the best approach will persuade a student to reexamine their ideas. But even if all else fails, there is value in disproving a prediction often made to young people recruited by white nationalists: that white nationalist claims will be dismissed because there are no good arguments against them.

It can be helpful to think through approaches to discussing common white nationalist claims. For example, white nationalists often summarize the movement in America to encourage racial and ethnic diversity in a single phrase, “diversity is white genocide.” If a student said this in class, a teacher or counselor might pursue the following discussion plan, in a setting outside the classroom:

As with all kinds of extremism, engagement with white nationalism is usually gradual. The earlier in the process a discussion like this occurs the more likely it is to prompt reexamination of that engagement. Such a discussion might persuade a student who is just “trying on” a white nationalist identity that they don’t want to pursue it further. On the other hand, a student who has built a primary social network around a white nationalist identity may not be open to any form of reexamination. The best that can be done is to take steps to alert school and other local personnel of any risks the student may represent, and to remain watchful for any signs that the student would be open to new discussions.

The Importance of Preparation

White nationalist organizations supply recruits with arguments and strategies, as well as demands they should make of their schools. They also tell young people to expect that their ideas will either be quickly dismissed or that the responses will be based only on emotion and intellectually weak. Teachers and administrators need to be prepared to demonstrate that they are not simply dismissing these claims and arguments, and by extension the student who makes them, but that they understand them, have thoughtful responses, and are focused on the student’s well being. The more familiar you are with common claims, the better able you will be to educate the student and sustain a good school environment.

Not all discussions will be effective

“An art student added a lesser-known white nationalist symbol to a class mural, and classmates noticed. The students brought the issue to the teacher’s attention, who then consulted with colleagues and administration to decide on a course of action. The teacher and an administrator met with the student, but the student was inflexible and unremorseful about the harmful nature of what he did. Wellness staff was alerted and asked to watch for signs of increased stress or agitation in the student, and the teacher followed up with the initially concerned students. When the student subsequently threatened a classmate, the school had a record of the initial incident on which to base their concern and to advocate for additional intervention, which was then provided”

This is a free speech issue!

“In addition to falling under the same category as shouting ‘fire’ in a crowded theater by endangering others, white nationalist rhetoric is not protected speech in schools.”