What It Is > The Key Role of Anti-Semitism

The Key Role of Anti-Semitism

“White Genocide” is a conspiracy theory that maintains that American demographic changes are the results of a “globalist” plot led by powerful people and interest groups to eliminate the white race. Most versions of the theory depict Jews as the masterminds. Jews are said to be attempting to “replace” white populations with non-white or mixed populations that they can more easily control. This is why white nationalists at the 2017 “Unite the Right” rally in Charlotte NC chanted, “You will not replace us” and “Jews will not replace us.” White nationalists do not consider Jews to be white.

Anti-Semitism is rising in the United States in general, and it is a powerful force in white nationalism. In its literature and online presence, anti-Semitism often overshadows prejudice against Blacks, Hispanics, and other groups—both in openly neo-Nazi forums and in “mainstream” white nationalist groups. According to white nationalists, the American government is secretly controlled by wealthy, “globalist” Jews, and is often referred to as the “ZOG”: Zionist Occupied Government. Most white nationalists strongly oppose the traditional pro-Israel stance of both Democratic and Republican administrations.

White nationalists typically signal their extreme antipathy towards Jews in a number of graphic ways:

Many white nationalists see Jews as the most dangerous group of non-white people, despite the fact that only 2% of Americans are Jewish, and only about 0.2% of the population worldwide.

White nationalists suggest that Jewish agents recruit caravans of immigrants from Central America to the US southern border. This belief has had violent consequences. Just before the 2018 elections, when internet posts on this topic were particularly numerous, a white nationalist who had read these claims online “retaliated” by attacking a Pittsburgh synagogue, killing eleven members of the congregation.

Young people who become engaged in white nationalism may first signal their involvement by adopting anti-Semitic attitudes, making anti-Semitic remarks, or using symbols like the swastika or Jewish caricatures. Depending on the degree of engagement, it may sometimes be helpful to note that Jewish classmates or neighbors the young person knows don’t fit the stereotype that white nationalists portray as essential to all Jews. Some people who have exited the movement after years of engagement have explained that encounters with Jewish neighbors, co-workers, or bosses, were important to undermining even long-term commitment to white nationalist ideology.

Anti-Semitism is not always tied to white nationalism; it can be found across the political spectrum. However, because anti-Semitism is so central to American white nationalism, the spread of anti-Semitism creates a favorable environment for white nationalist recruitment. A recent series of incidents has brought attention to the presence of anti-Semitism in our community. In the fall of 2021, multiple swastikas appeared, painted in Bloomington’s downtown and in nearby neighborhoods, while mezuzahs (traditional Jewish entranceway ornaments) were ripped from IU campus dormitory rooms. In February 2022, a series of anonymous messages posted on a national website for fraternities and sororities attacked specific fraternities at IU that have high Jewish membership, invoking insulting stereotypes and calling for Jews to be put “back in the gas chambers, where they all belong.” Part of a community response to white nationalist recruitment is awareness that rising anti-Semitic activity may signal an underlying increase in white nationalist engagement locally.

The clearest view of the core role of anti-Semitism in white nationalism, however, may be provided by The Turner Diaries, a widely read novel that has had enormous influence in the white nationalist movement. The Diaries has directly inspired multiple acts of domestic terrorism, including Timothy McVeigh’s 1995 bombing of the Alfred P. Murrah Federal Building in Oklahoma City. The novel’s call to arms is straightforward in its depiction of Jews as its principal villains. Jewish manipulation of Black and other non-white peoples as tools to destroy the white race globally is portrayed as justification for a campaign of anti-Semitic genocide, which the narrative triumphantly depicts.

For an historical overview of the relationship between anti-Semitism and white nationalism globally, see, Kevan Feshami, Fear of White Genocide: Tracing the History of a Myth from Germany to Charlottesville.

Reports of recent anti-Semitic incidents in Bloomington and on the IU campus include articles in the Indiana Daily Student, the campus run News at IU, and Forward. 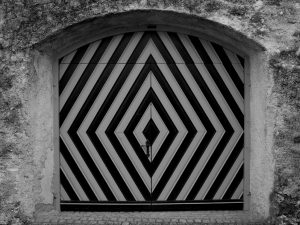 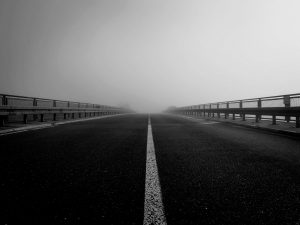 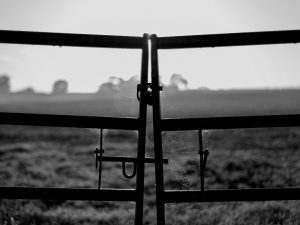